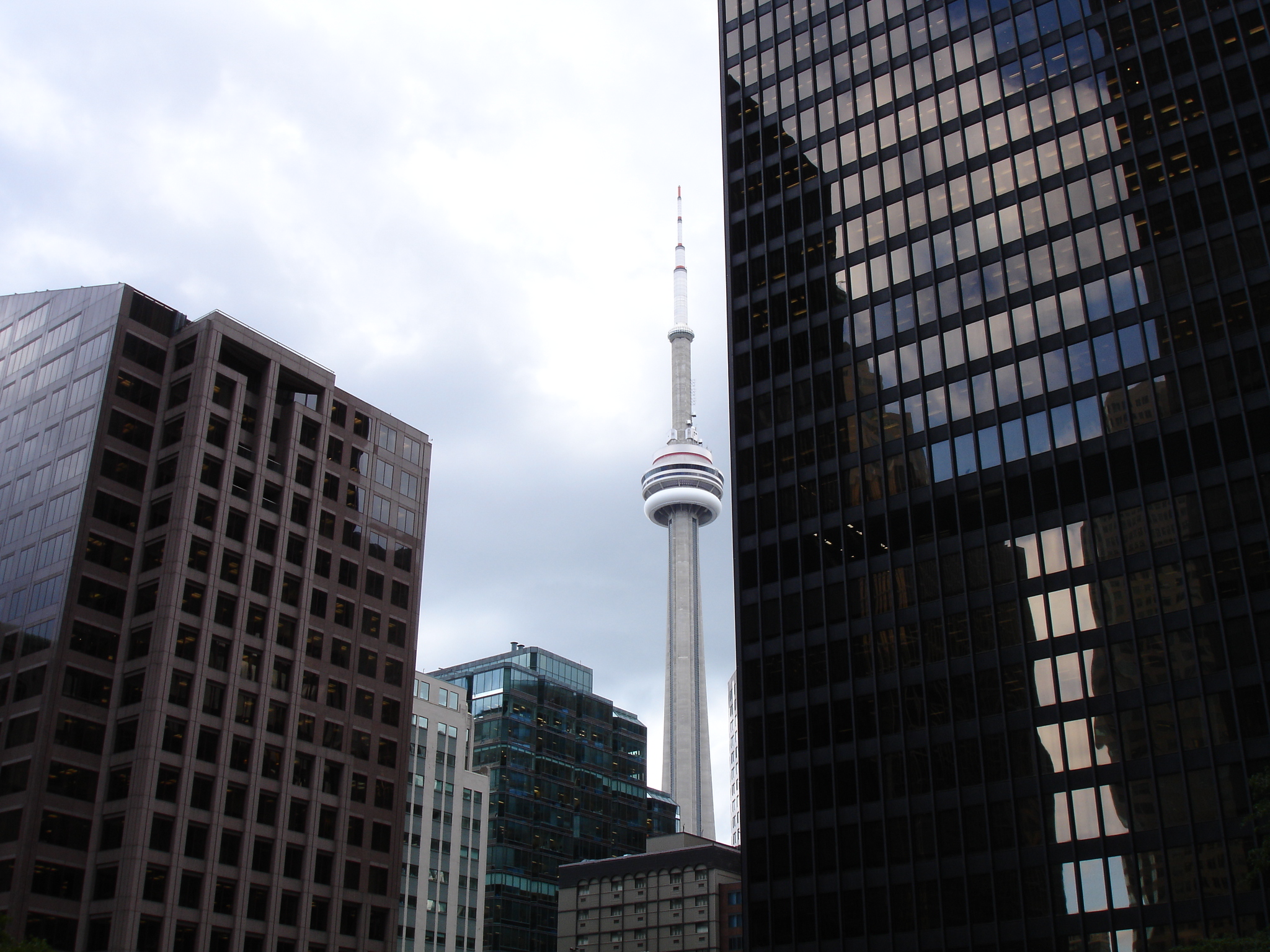 Toronto being the largest city of Canada and the capital of Ontario has a lot to offer. It’s a very multicultural city and other major cities like New York, Sydney and London don’t even come close in that respect.

There are many fascinating aspects to Toronto, Chinatown being one of them based in the area around Spadina Avenue. Strolling around here is almost like being in China, in certain areas there are signs only in Chinese and not English. Some Chinatowns around the world don’t really have that much of a Chinese feel to them, this one certainly has.

In the Financial District you will find a lot of amazing skyscrapers. The area is located between Yonge Street and University Avenue, and Queen Street and Front Street.

One of the greatest attractions in this area is actually the Hockey Hall of Fame. The museum is located at 30 Yonge Street which is actually on the corner of Front and Yonge Street. You can also enter from the Allen Lambert Galleria in Brookfield Place located on 161 and 181 Bay Street. This is one of the coolest museums around and if you are into hockey, sports in general or just history, a visit here is an absolute must. Here you’ll find exhibits about the National Hockey League (NHL) and international hockey, the Hall of Fame and the Great Hall with trophies and the display of the actual Stanley Cup which is so awesome. You can get your photo taken next to the Stanley Cup.

Brookfield Place is a postmodern building which is a nice piece of architecture and worth checking out. It consists of two towers, Bay Wellington Tower (49 storeys, 208 metres, 682 ft) and TD Canada Trust Tower (53 storeys, 263 metres, 863 ft including the antenna). The two towers are linked by the aforementioned Allen Lambert Galleria which is really beautiful with its parabolic shape. It’s spacious, inviting and known as the hall of light. At Brookfield Place you will find shops, restaurants, as mentioned the Hockey Hall of Fame and different commercial companies.

The tallest building in Canada since its completion in 1976 is situated at 100 King Street West which is First Canadian Place. It’s 298 metres tall (978 ft) and has 72 floors. The architectural style is international/modern. In 2010 the cladding was replaced due to years of weather taking its toll on the building.

A really cool skyscraper is Scotia Plaza based at 40 King Street West. It was completed in 1988, has 68 floors and is 275 metres tall (902 ft). The architectural style is postmodern and has the deepest excavation for a building in Canada’s history of 33.5 metres (110 ft). The building has 68 storeys above the ground and 6 below. It really stands out because of the chevrons in the left side of the building looking at the front façade and the V-shaped recess at the top.

Another interesting piece of modern architecture is the Royal Bank Plaza based on 200 Bay Street. It consists of two towers, the south tower being 180 metres tall (591 ft) with 41 storeys and the north tower which is 112 metres tall (367 ft) with 26 storeys. Each window of the building is clad in gold which is an insulator and reduces the heating costs. Each pane was valued at CAD 70 at the time of installation. The two triangular towers are built serrated which give them its outstanding look. The surrounding area is very busy and is close to Union Station which makes it convenient that the building is connected to the PATH system.

Yonge Street is actually a 1,894 km long street which stretches from the shores of Lake Ontario all the way up to Lake Simcoe which is a gateway to the Upper Great Lakes. Yonge Street in Toronto is also a part of the heart of the city and is a happening part of town where you’ll find the Toronto Eaton Centre, different shops and restaurants.

The Toronto Eaton Centre is a huge shopping centre located in Downtown at Yonge Street, Queen Street West, Dundas Street, James Street and Trinity Square. It’s definitely worth having a stroll around here even if you are not a big shopper as it’s got a nice buzz to it. The Mall is also connected with the underground system of Toronto called PATH.

The PATH system is a fantastic underground pedestrian walkway which connects different parts of the city and covers 29 km (18 miles). It’s a great alternative way of getting around the city and if you are visiting you definitely have to try this. Down here there are all sorts of cafés, restaurants, food courts and shops. It connects a lot of the major skyscrapers so it’s a great way not only for locals and tourists to get around, but also for the workers of the different commercial companies in the different skyscrapers and office buildings in the area.

An interesting piece of historic architecture which is worth checking out is the Ontario Legislative Building which is located on 111 Wellesley St W. It was built in 1893 and the architectural style is the so-called Richardsonian Romanesque which is known to feature elements from Northern Italian structures with heavy stonework, rounded archways, detailed carvings and domed towers. It houses the members of the provincial parliament, the Lieutenant Governor of Ontario and the Legislative Assembly of Ontario.

Visiting and going up the CN Tower is definitely a must. There are two levels. One being the Main Pod construction where the LookOut Level at 342 metres (1,122 ft) is based. Here you will get fantastic views of the skyline, the city, Lake Ontario and surrounding areas. There is also a glass floor which you can stand on and look down to the city below your feet. Very cool. If you are really adventurous you can do the “EdgeWalk” where you walk around on the outside of the Main Pod 356 metres (1,168 ft) above the ground.

Further up there is another smaller observation deck called the SkyPod which is also worth checking out. Here you will be at a 447 metre (1,465 ft) level which is the equivalent of 147 storeys. This is the world’s 5th highest observation deck. Here you get 360 degree and you can actually see for 160 kilometres (100 miles) on a clear day. A separate ticket is needed for this level which can be bought on the LookOut Level in the Main Pod or at the base of the tower.

The Art Gallery of Ontario is must if you’re a fan of Canadian architect Frank Gehry. The reason why this is highly recommended is because this is Gehry’s first building in Canada and he is a Toronto native. When you think of his work it’s not the most spectacular structure looking from the outside, but he redesigned it, giving it his own unique touch. Viewing the building from Dundas Street you will be approached by a more than 180 metres (600 ft) long façade of glass and wood which rises more than 70 metres (21.3 ft) above street level. The most spectacular feature is inside the museum where you will find a very Gehry-esque spiral staircase from the 2nd floor linking Walker Court to the centre of contemporary art. The south wing of the building has a completely different look and it is made of titanium and glass. Very pretty as well. The gift shop will have a lot of different items and you will be able to find books on Frank Gehry and his architecture as well.

Nathan Phillips Square is a nice little spot to chill out. Here the Toronto City Hall, designed by Vilijo Revell, is located which is actually a great piece of architecture. A lot of times around the world, City/Town Halls are not too impressive, but this is a welcomed exception. The building is created in the Modernist style and is a classic structure from the 1960s a bit reminiscent of the style Oscar Niemeyer who designed the Brazilian capital Brasília. Just opposite the square, the Old City Hall is based which is beautiful Romanesque Revival building which like the square is located at Bay Street and Queen Street in Downtown. The building is currently used as a court house for the Ontario Court of Justice.

Several interesting things can be done out of Toronto as well. Such as doing a day trip to Niagara Falls which is highly recommended. The Canadian side of the falls is the most spectacular one.