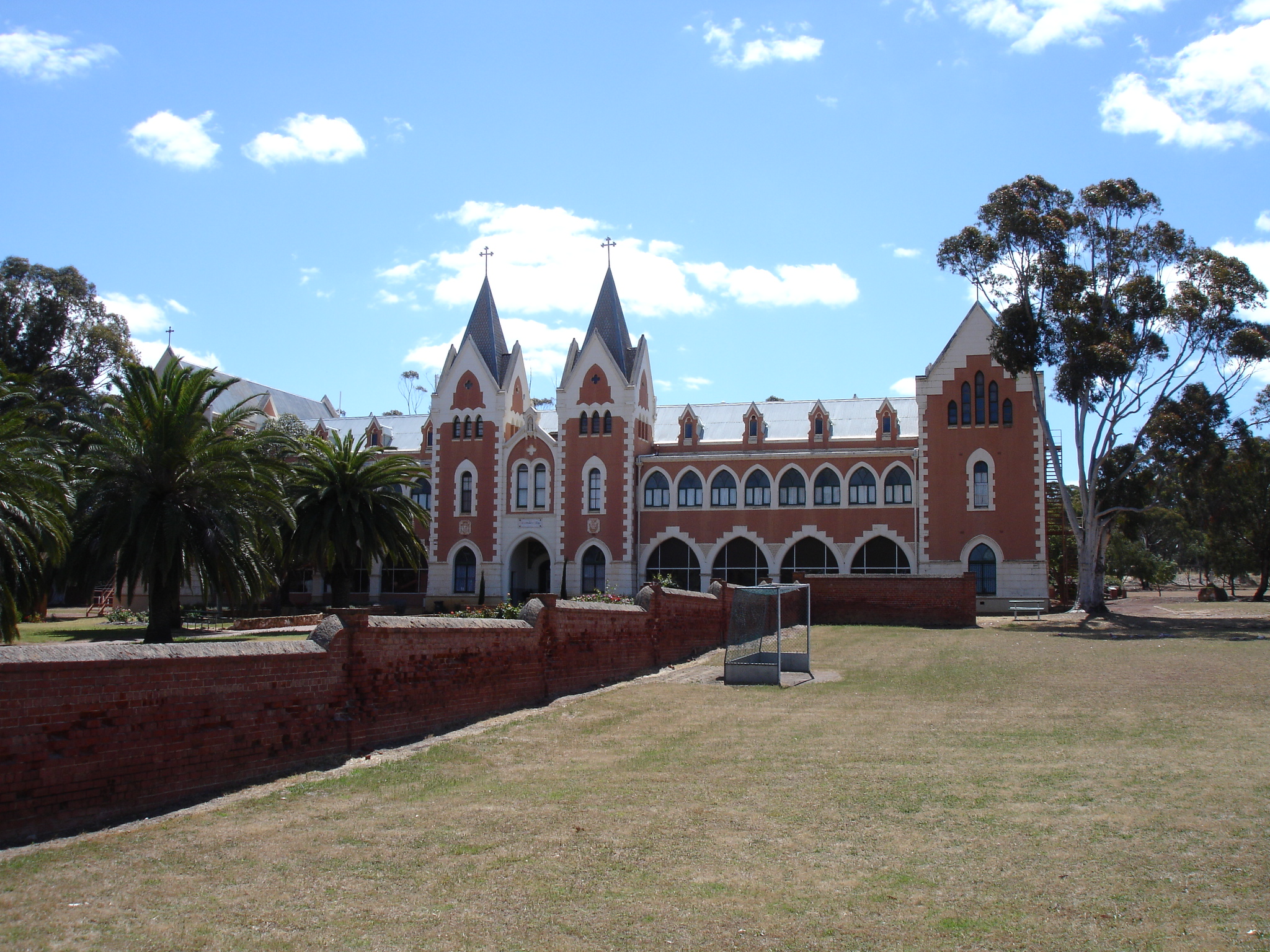 New Norcia is a small town in Western Australia about 132 km (82 miles) north of the state capital Perth. It’s located in the middle of Outback Australia with only Spanish architecture which is so fascinating. It was established by Spanish monks in 1847 hence the architectural style.

The city was named after the Italian town of Norcia where St Benedict was born. The correct Italian pronunciation of New Norcia is “Norchya” but the Australians say “Norsia”.

In 1835 the Spanish government decided to dissolve all religious communities in the country. Dom Rosendo Salvado and Dom Joseph Serra, who were Benedictine monks in Compostela, were exiled and applied for foreign missions. They were devoted to the bishop of Perth called Dr John Brady and in January 1846 he and 27 missionaries arrived in Fremantle which is a suburb of Perth. In February of the same year, Salvado and Serra together with a French and an English monk and an Irish catechist set out to a farmhouse 130 km (80.8 miles) north of Perth. Shortly after they started a Benedictine mission about 8 km (5 miles) to the north of where New Norcia is based. This mission was later moved down to where the city is today. The first building constructed was the monastery.

It’s a small town but you can easily spend a couple of hours having a stroll down Great Northern Highway, where New Norcia is based. It is such a delight as you will see several interesting buildings. The town is divided by the Great Northern Highway which is a 60 kilometre zone (37 mph) and every day more than 800 trucks and other vehicles pass through, therefore be careful when crossing the street. Accommodation is available in many of the different buildings around town including the monastery.

The monastery itself is the heart and soul of New Norcia. It’s been the home of Benedictine monks ever since it opened in 1847 and they are involved in most of the businesses around town. Today visitors are not allowed inside as it is a restricted area and it is asked that the privacy of the monks is respected, but you can take photos at the gate and courtyard.

St Joseph’s Orphanage which was for Aboriginal girls, was founded by the Benedictine fathers in 1861.  The Government made a policy of 1847 which placed children of single Aboriginal mothers in the New Norcia mission. From 1904 onwards the orphanage was run by Benedictine missionary sisters sent from Spain until it was closed down in 1974. It’s a really classy building with a red and white façade.

St Gertrude’s was originally built as a boarding school for girls and opened in 1908. The architectural style is Gothic Revival with twin towers in the centre of the structure with detailed gables, stucco and brick exterior. The construction of St Gertrude’s and the neighbouring St Ildephonsus’ was a turning point in New Norcia as they made the town an educational centre instead of being a bush settlement. In 1974 it became a residence for girls attending the co-educational Salvado College managed by the Benedictines until 1986 when it was taken over by the Catholic Education Commission.

St Ildephonsus’ Boys Residence was completed in 1913. The building has a castle-like design with Byzantine influence. It was built after the girls’ college was completed and due to a tighter financial situation they were forced to design a simpler structure, not that it is in any way a less impressive building in comparison to St Gertude’s. The Byzantine architectural style is different to the one of the medieval Roman Empire as it’s influenced by the artistry and culture of the then capital of Constantinople as opposed to Rome. It was designed by the second Abbot of New Norcia, Fulgentius Torres. Today accommodation is available together with facilities for meetings, dining room, a lounge and so on.

Old Convent was originally the home of Spanish Benedictine sisters. Today up to 200 people can stay in the buildings where you will find different work and performance areas and access to the recreational facilities of the town. It is said to be ideal for conferences, workshops and special events. Accommodation and dining facilities are also available.

The Abbey Church is a really charming piece of architecture. It was opened in 1861 and was constructed with bush stones, mud plaster and rough tree trunks. The original wooden shingles can still be seen underneath the edges of the roof overhanging the face of the wall. The newest addition is brick section at the rear of the church completed in the early 1920’s. It houses the only two Moser organs crafted in Germany which were shipped to Australia in the 1920s. It contains the tomb of Rosendo Salvado and has the rare art form called “sgraffito” along with more traditional church decorations. Sgraffito is wall décor produced by applying layers of plaster tinted in contrasting colours to a moistened surface or ceramics. It is scratched to create an outlined drawing.

New Norcia Hotel was built in 1927 and is owned by the monks. It was originally a hostel for the parents of the boarders of the colleges of the town. Here you can have a coffee, an abbey ale or glass of New Norcia wine. It is said that the hotel is haunted.