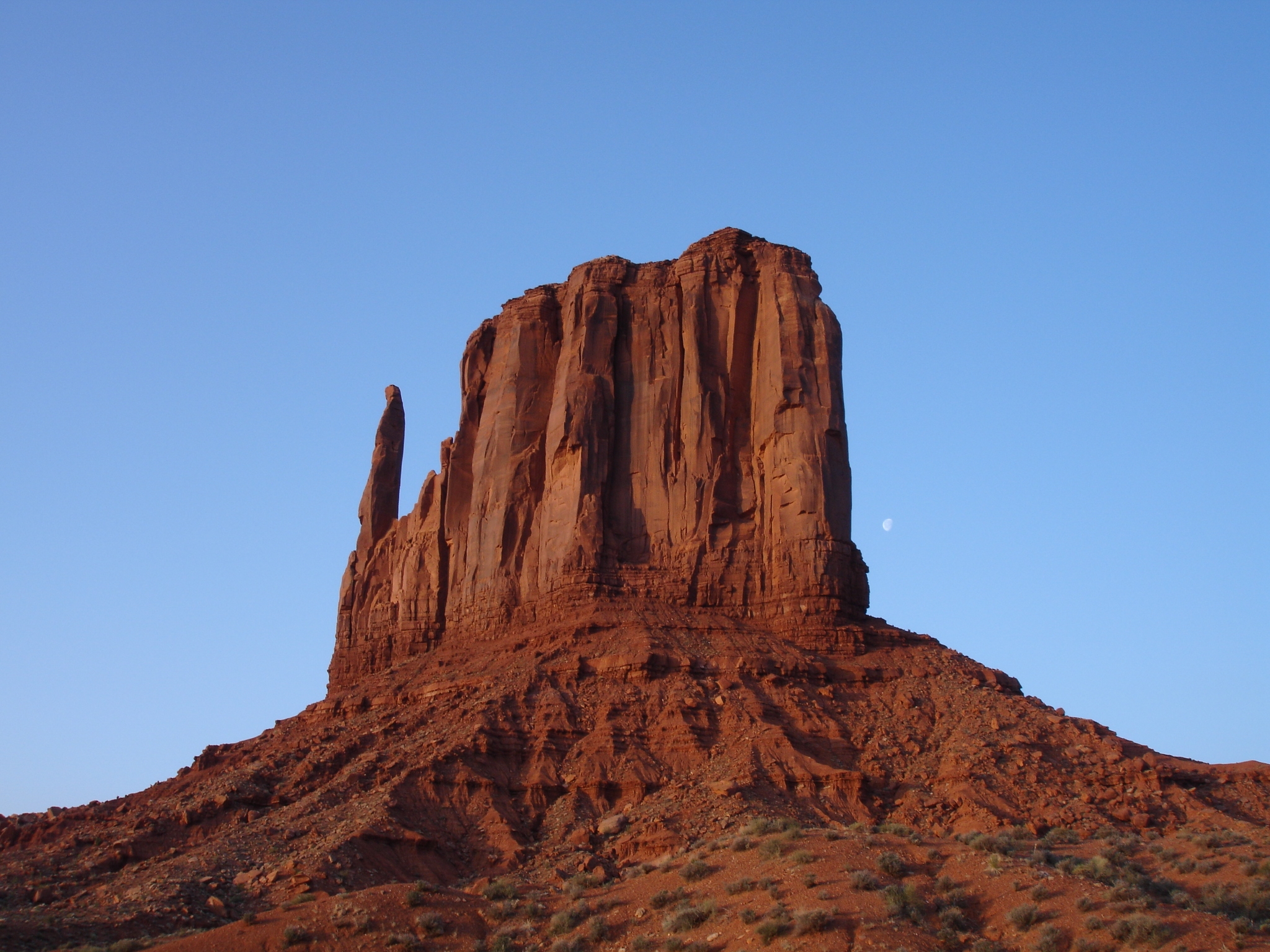 If you are up for amazing scenery, a good hike among stunning rock formations and are you a fan of the classic Wild West, then visiting Monument Valley should be on the top of your list.

It is one of the most beautiful nature reserves (officially a “Tribal Park”) you will find in the United States, known for its many sandstone buttes, but you will also be met by spires, towers, sand dunes and other massive sandstone formations. The landscape is really overwhelming and is absolutely stunning.

It is located on the border between Utah and Arizona on land of the Navajo Nation and is based on the Colorado Plateau. The only way of getting to Monument Valley is by the US Route 163 being the only main road. Approaching the Arizona and Utah border you will get the iconic view of Monument Valley from the distance and the opportunity for taking amazing photos.

The long straight road leads towards the towering sandstone rock formations in the background. There is a curve in the road just in front of the buttes. You definitely have to have a photo stop here. The highway leads towards the mesas at Monument Pass and further on down near several dirt roads.

Monument Valley was created by the wind and a result of ages of erosion and uplift, dating back about 160 million years. Volcanic activity also created some of the formations. Before human existence it was a lowland basin but during the last 50 million years wind and water eroded the land by cutting into the surface of the plateau. The wearing down of altering layers of rock is the result of the Monument Valley of today.

The valley floor consists of Culter Red siltstone and the red colour of the valley is due to the iron oxide content. There are different levels of sandstone which can clearly be seen in the buttes. The lower level which is the crumbling part is Organ Rock Shale. The middle part which is the largest part is de Chelly sandstone and the top layer is Moenkopi shale with a cap of Shinarump siltstone on top. Shale is a fine-grained clastic sedimentary rock consisting of mud which is a mix of clay and tiny fragments of other minerals such as quartz and calcite.

The Organ Rock Shale is Permian deposits found in Cutler Red beds and layers of siltstone found on the Colorado Plateau. The Permian is a geological period which goes back 251 to 299 million years. The de Chelly sandstone is a type of cross-bedded sandstone but is not the usual horizontal deposited kind. It’s got many wedges, swirls and steep dipping which is thought to be created by the wind. The Moenkopi was laid down in the Lower Triassic period which is about 240 million years ago and Shinarump siltstone is early Late Triassic conglomerate.

A good way to start off in Monument Valley is by going down to the visitor center. Here they have a souvenir shop and a lookout point where you will have an amazing view of the valley with rock formations like the West Mitten Butte and the East Mitten Butte. Checking out the scenery here is an absolute must.

If you want to do a tour of Monument Valley it has to be done by a Navajo guide as it is a part of the Navajo Nation. There is one exception which is the hiking trail that goes in a loop around the West Mitten Butte called the Wildcat Trail. This is the only trail you are allowed to do on your own without a Navajo guide and it is actually also the only maintained path. The trail begins at a parking area just past the Navajo Tribal Park Visitor Center. Hiking here at sunup is highly recommended as it is just absolutely spectacular.

It is so nice starting out when it is still dark and you can see the sun rising slowly in the distance. The colouration of the rock formations will change slowly the further the sun rises. Take it all in, the view of the buttes from all sorts of angles when walk around the loop. On the way you will have views of the East Mitten Butte, Merrick Butte and Sentinel Mesa among other formations. It is a 5.15 km (3.2 miles) hike which is pretty easy, not too strenuous and it will take about an hour and a half.

When doing the tour with the Navajo guide you will be driven around in a tour van. He will point out the areas and different rock formations of interest. There will be a stop at John Ford’s Point which is a really good vantage point of the park and a spot for a lot of good photo opportunities.

You will go for a bit of a hike as well along certain trails and in the sand dunes which will take you out to beautiful natural arches. The guide will show you Indian rock art and tell you the stories behind the creations. This is really fascinating and most people don’t actually know that Monuments Valley has these features as well. It’s so cool to walk around in the sand dunes in this desolate landscape. Good stuff.

There are several of natural arches around the park. One of them is called Ear-of-the-Wind which is a pothole natural arch eroded in de Chelly Sandstone. A pothole arch is a result of chemical weathering as water is collected in natural depression and eventually cuts through the layer below.

Another impressive arch is at Big Hogan which is a cave natural arch also eroded in de Chelly Sandstone not too far from Moccasin Arch. It is located in the top of a cave and it is pretty cool if you lie down on your back inside the cave and look up at the arch at the top and see the sunlight reflecting through the arch into the cave. This type of arch is a result of a roof collapse over a cave

Yet another cool arch is called Sun’s Eye which is at the top of a huge butte, also a cave natural arch of eroded de Chelly Sandstone, and not too far from here you will see some great native rock art.

Furthermore the guide will take you to an Indian Hogan which is a traditional native construction some Navajo people still live in. The word hogan means “the place home” in the Navajo language. Here you will get a chance to see it from the inside, meet a Navajo living in a hogan who will explain a bit about this lifestyle. The hogans are round and are made of mud with wooden pole structures on this inside. It has a wooden entrance which faces east so they can benefit for the morning sun. The habitation is very basic and is based on a simple way of living.

You can also do the park scenic road called the Valley Drive on you own vehicle if want. Even though it is a dirt road it is accessible with a regular family car but after heavy rain it is recommended driving in a 4WD vehicle. It’s a 27 km (17 miles) long drive which should take 2 to 4 hours. Some sections can be a bit rocky and bumpy. It is the best option to go early in the morning during the summer season as it will be busy during the day. This way it won’t be too crowed at the major lookout points.

Monument Valley is also famous for the many western movies filmed here by John Ford featuring John Wayne often in the leading role. They made the first film in the park in 1939 which was “Stagecoach”. Ford returned to the Valley nine times to make westerns even though the stories wasn’t necessarily set in Arizona or Utah. Also if you notice in some of the films like “The Searchers” from 1956, the Indians aren’t Navajos, which was the tribe that would have been based in this area.

The Indians in this film are nomadic and live in tipis which the Navajos wouldn’t. The Navajos are actually one of the tribes who live on their original land. The lookout point called John Ford’s Point, which was named as a tribute to him, was used in “The Searchers”. These films had a big influence on making Monument Valley famous because before that point hardly anybody were familiar with the area.

Stanley Kubrick also shot in the Valley when filming “2001: A Space Odyssey” from 1968. The footage was supposed to be of an alien planet.