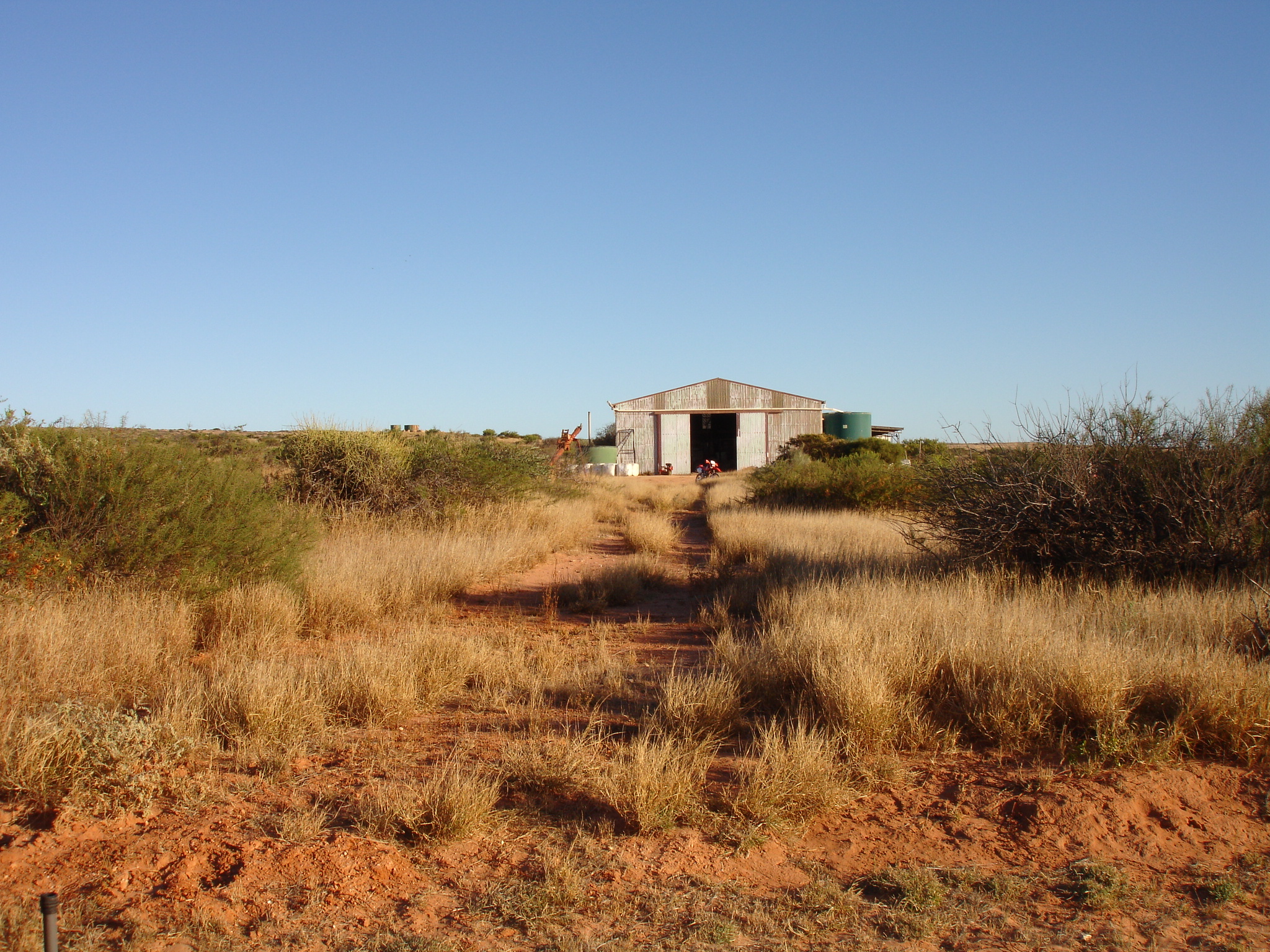 Enjoy a pleasant stay in a remote and lovely part of Western Australia. It will be quite an indelible adventure

Warroora Station, pronounced “Warra”, is a pastoral property operating as a sheep and cattle station based in the western part of Western Australia. It is located 60 km (37.5 miles) south east of Coral Bay and the Ningaloo coastline is adjacent to the station. It used to be only a sheep station until 2015 where they also branched into cattle.

Warroora was a part of Minilya Station back in the day when explorer and pastoralist George Julius Brockman owned the property which he acquired in 1884. The lands of Warroora saved his flock of sheep on several occasions when shifting them towards this costal country. He held the area in high regard due to the content of milkbush which could support the sheep during the dry season and as long as this was available the sheep didn’t need water.

H.G. Leroy who had acquired Warroora Station in 1906 sold it Percy St. Barbe Ayliffe and H.R. Read in 1922. The property occupied about 1,097 square km (424 square miles) and was running a flock of 13,000 sheep. In 1925 the property was divided into 11 paddocks. A bore had been sunk which produced more than 4.5 million litres of water a day which supplied seven of the paddocks.

By 1933, the station would have 23,000 sheep including 5,000 lambs. They were shorn from 28 September to 31 October resulting in 518 bales of wool. Quite an increase in the herd of sheep from nine years earlier.

A wool bale is a standard sized and weighted pack of compressed by a mechanical wool press. A bale of wool is the standard trading unit for wool on the national and international wholesale market.

In 1994, the Horak family acquired the property and it’s be in their care ever since.

Warroora Station is the ideal spot for a visit when doing the west coast of Australia and in connection with a trip between Monkey Mia and Ningaloo Reef. There are different types of accommodation but a highly recommended way of spending the night is at the Shearer’s Quarters.

It’s a big property so there are other types of accommodation as well and several activities you can do. Besides staying at the Shearer’s Quarters which is the more basic Outback experience, you could also stay at the Old Homestead nearby which is more ideal for families and is fully furnished. A stay at the Dudley House is another option. This is a modern home that overlooks Ningaloo Reef and the beach is within walking distance. A third option is the cottage which is fully furnished and should make your stay comfortable.

Besides visiting the Shearer’s Quarters you could do a range of other things such as snorkelling, swimming, surfing and bird watching.

The station also has two airstrips which are mostly used by the Royal Doctors Air Service. One is at the homestead and the other 8 km (5 miles) from the homestead. Both strips are 1,000 metres long (0.63 miles) and are marked with windsocks.

Warroora Station is about half way between Carnarvon in the south and Exmouth in the north. The distance from both is about 190 km (118.8 miles) and from Coral Bay it is 60 km (37.5 miles). So if you are driving it will take you about two hours from Carnarvon and Exmouth and one hour from Coral Bay to get to the station. It is also possible to go bus via Greyline, Integrity or Coachlines. The latter offers a service leaving from Perth going towards the area with stops at Minilya Bridge Roadhouse, Carnarvon, Coral Bay and Exmouth.

It takes about two hours from Carnarvon and Exmouth and 1 hour from Coral Bay to get to Warroora Station. When coming from the north take the Warroora Northern access 15 km (9.4 miles) of the Coral Bay turn off. If you are travelling from Carnarvon, you have to drive up the North West Coast Highway and turn left at the Lyndon Crossing Rest Area. From here you will be leaving the sealed bitumen highway and continue driving down the dirt road of the Warroora Station property for 23 km (14.4 miles) to get to the homestead and the Shearer’s Quarters.

You will really get to grasp the concept of how huge some of these sheep and cattle stations are in Outback Australia. When driving down the dirt road you will notice how this Outback station just goes on and on of wide open spaces with plenty of room for the sheep and cattle. So fascinating.

When driving down the dirt road you have to be a bit careful, as you are in the Outback and kangaroos may be jumping across the road from out of the blue. Furthermore do your best to arrive before sunset because when you are out on a sheep station dirt road there will be no streetlights at all. Therefore if it gets dark you have to turn on your headlights which you should avoid doing as the lights will blind the kangaroos. They may freeze while standing on the road and you could hit them. If you are driving at night bare this in mind, drive slowly with the lights on and be ready to switch them off he you spot any kangaroos.

Visiting the Shearer’s Quarters is such a great Outback experience as it’s the real deal and not too touristy. You will have a small room available which is pretty primitive but it is so awesome as you will get a taste of the real thing. There are facilities where you can prepare your dinner and an area where you can eat, chill with a drink and sit around the campfire.

The Shearer’s Quarters themselves are nearby, so in the evening and at night, you will be able to hear the sheep. Therefore it can get a bit noisy when it’s time for sleep. But it is really cool as it’s an authentic Outback experience. It would be a good idea to bring some earplugs especially if you’re the type who can hear the grass grow. Without the plugs catching some sleep will be a challenge. If you are lucky you may also experience a really beautiful Outback sunset.

Chilling around the campfire after dinner and a busy active day, is just one of the coolest things in the world. Who knows while you’re having a chill, some of the sheep shearers may drop by for a chat and you will have the perfect opportunity to hear and learn about their way of living, where they come from and their story in general. The sheep shearers live close by otherwise it would be impossible for them to have such an occupation due to the remoteness of the station.

The next morning you can have your breakfast at the quarters. Have a stroll around and check out the wonderful Outback scenery. Take in the atmosphere. Have walk down to the dirt road to the Shearer’s Quarters. You may be able to get an opportunity to see them at work. Again, this is the real deal which is so awesome. It is not a setting created only for the tourists. This is a commercially operated sheep station. When you see the sheep shearers in action you will notice how incredible fast they work. It is unbelievable and very impressive.

The shearers are based on a platform known as a shearing board where the sheep are shorn by machine shearing. You will see how the work flow is organised. The sheep is caught by the shearer from a catching pen and placed on his stand on the shearing board where they will commence shearing. After the sheep is shorn, the wool is removed. This is done by an efficient set of movements which is a technique, created by Geoffrey Bowen, called the Bowen Technique or the Tally-Hi method developed in 1963 by the Australian Wool Corporation. The sheep struggle less during the Tally-Hi method, reduced the strain on the shearer and saves 30 seconds in the process.

The shearer starts by removing the belly wool. It is separated from the main fleece by a roustabout, which is the term for the workers in sheep farming, while the sheep is still being shorn. It normally takes a professional shearer about 2-3 minutes to shear the fleece of a sheep. When finished the sheep is released via a chute to an exterior pen.

When the sheep has been shorn, the fleece is placed on the wool table with the clean side down by the roustabout and is then skirted. In between they will brush away wool from the ground to keep it nice and tidy. Afterwards it’s folded, rolled and examined by what is known as a wool classer. You have to be registered and qualified for this occupation. Afterwards the wool is placed in the appropriate bin based on the quality where it will remain until there is enough to be compressed into a wool bale.

After you have observed this fascinating process you could have a walk outside and check out the huge herd of sheep.

Taking in the Scenery of Warroora

When leaving Warroora Station check out the scenery along the dirt road and watch out for wildlife. You may be lucky and spot some kangaroos and you will definitely see some massive termite mounds. Another cool thing to do is checking out the dirt road itself.

Have a close up look at the huge termite mounds. Imagine the amount of time and work it has taken these small termites to construct such massive mounds including the fascinating infrastructure they have of channels of all sorts. The termite mounds seen in Outback are absolutely magnificent. The type of mounds vary from the different regions of Australia. The type seen at Warroora can be different the ones you will find in the Pilbara and Kimberley regions or at Litchfield National Park in Northern Territory were you will see the quite unique magnetic termite mounds. You can check out our article on Karijini National Park to learn more about termite mounds.

The dirt roads going through large parts of the Outback are really fascinating. When going through Warroora Station on the unsealed road of dirt, you should stop and just check out the road itself when an opportunity arises. This is a part of the real Outback experience. It is so fascinating with the infrastructure of roads going into all these remote parts of rural Australia and it’s just something you don’t see elsewhere. They are primitive yet well maintained and effective. When driving on the dirt road be careful. It is highly recommended that you drive a high clearance 4WD. You have to drive at a safe speed and carefully through the terrain.

If you are arriving at or leaving Warroora Station during daylight watch out for wildlife. If you spot some kangaroos in the bushes along the road, stop you vehicle and go out and take some shots. You may be lucky and see different types such as the red or grey kangaroo. It’s really cool if you see them from a bit of a distance and so won’t scare them away. They will most likely stand and stare at you with that priceless puzzled look on their face wondering who and what you are.